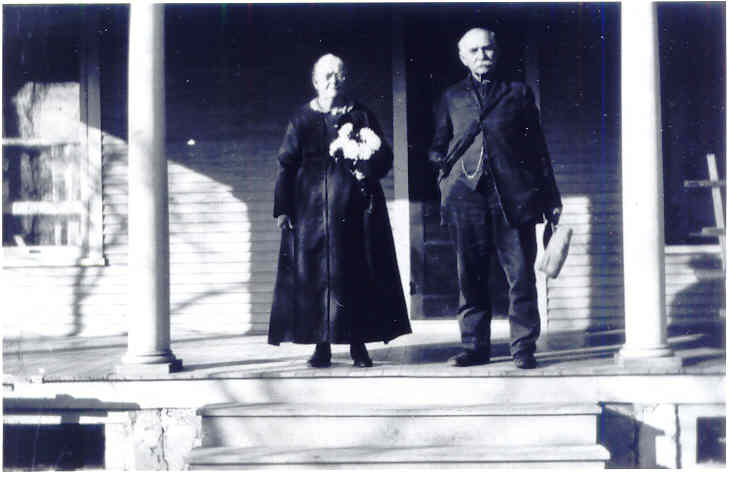 Pictured here is Aaron Henry with his second wife Susan Elizabeth (Sleeger). They were originally from Highville, Lancaster County, Pennsylvania. Aaron was born
May 8, 1846 to Christian and Elizabeth Fanny (Rodacker/Rodocker) Henry. Susan was born on March 1, 1847 to John and Susan Sleeger.

When Aaron’s first wife Mary died in 1878, she left three, possibly four, children, but there is no follow up information on her, or her children. Aaron married Susan around 1881 and they had four children, where one died as a baby. One of their daughters and a granddaughter were also named after Susan.

The Henry’s traveled to Nebraska by way of a covered wagon and it might be presumed that the above photo was taken on the porch of their home. Aaron was a farmer, and it is most likely that Susan was a homemaker, as was traditional in those days.

Susan died on March 30, 1922 and Aaron on January 1, 1927 and are buried in Blue Valley Cemetery in Surprise, Butler County, Nebraska. 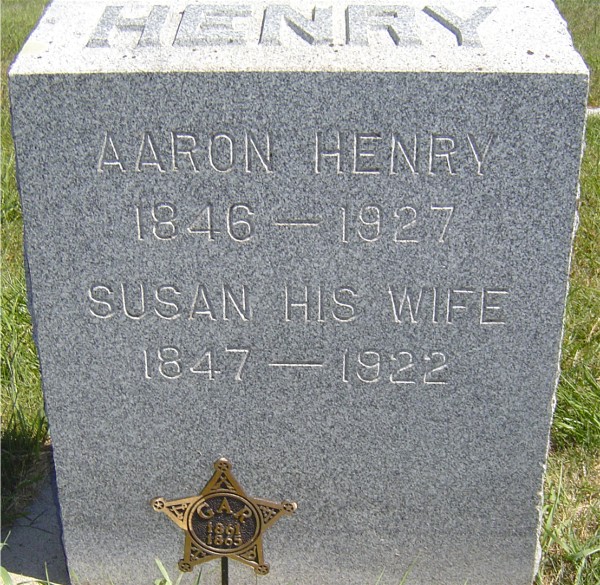