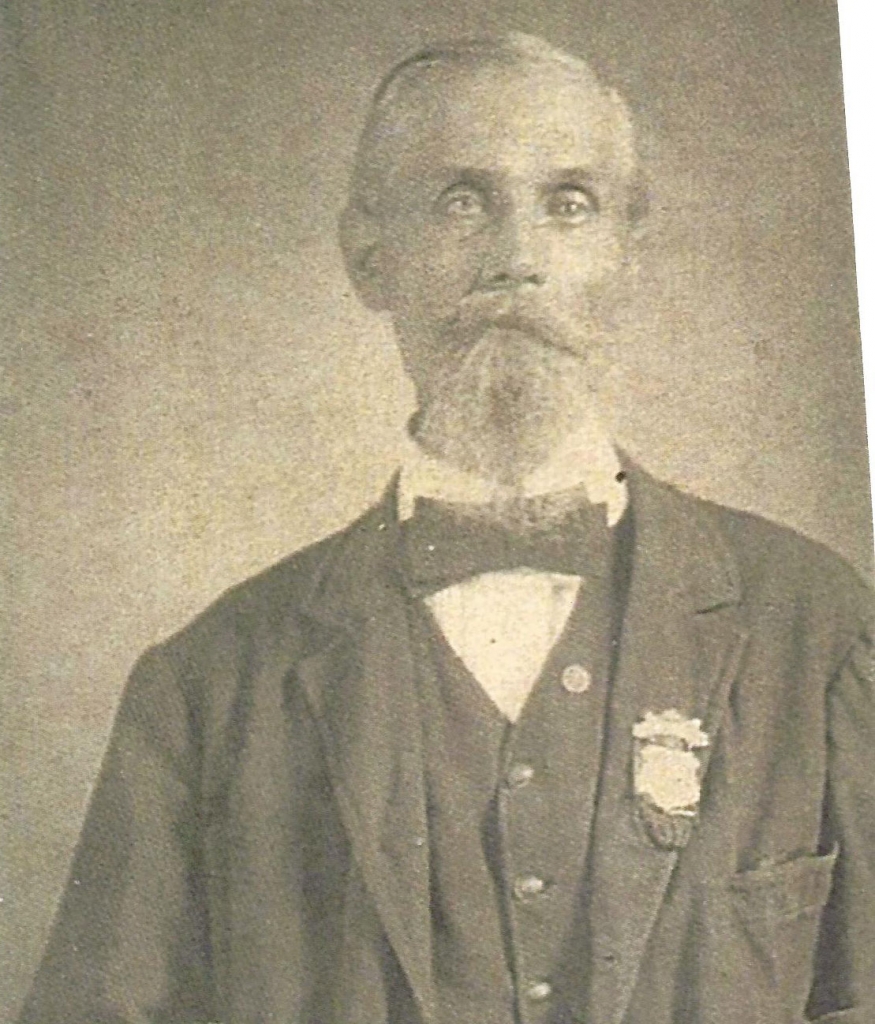 My grandfather, William Wallace Higgins, was born in Howard County, Missouri to Philemon and Lucinda Witt Higgins on April 23, 1846.

He was left an orphan at age 6, when his mother died on the Oregon Trail. After bringing the two children, William and Susan, back to Missouri, Philemon left them with relatives and they never saw him again.

As my older cousin, in her book, My Mama Done Tol’ me, (verified by her father, Bud Higgins), “William was a young buck in Parkville, Missouri during the Civil War, when he and his brother, Josiah decided to join up. They had horses of which they were very proud, and they wanted to take them with them, so they join the cavalry. They didn’t really care which side they fought on, and since the South had no cavalry unit close to their home, they chose the Union and enlisted at Leavenworth, Kansas in 1862.

He was in the battle of Pea Ridge in northwest Arkansas, and saw the horrors of war, which included almost being hit by a bullet that hit the tree that he was resting behind. He ducked the bullet out, and his granddaughter has the bullet mounted on her wall. He mentioned that his unit hung to Union women there, because after they made some stew (at the soldier’s orders), some of the soldiers died of rat poisoning. Higgins acted as a scout for the Union Army. His only encounter with the enemy that he ever mentioned was with a bushwhacker. He said he kept the boots in the horse; we assume he killed the owner. He was also used as a bugler.

The company of General Brunt was on their way, after fighting in Missouri and Arkansas, to be mustered out at the Duvall, Arkansas. They were sidetracked by orders from the government to go to Tahlequah, Oklahoma, to help keep peace between the Older Cherokee Nation and the new Cherokee’s, being forcibly sent from Georgia to the “west of the Mississippi.” This was later called, “the Trail of Tears.”

William finally got to Duvall, Arkansas, and was mustered out on July 18, 1865. He took his horse and started his long journey to the only home he had known. He traveled over thick forests, rivers and mountains, heat and cold and the worst was his hunger. But the most painful thing the experience was a badly cut, bleeding leg, when his horse, which had been through the sites of war and never shied, was scared by a crow, shied; hit a split–rail fence with William in between. He was sitting against a tree, when the owner of the farm came by, and after seeing his leg, took him to his house, and the family including a young girl, that fed him, got him some new clothes, and as an aunt said, “he took a turn for the nurse.”

That “nurse” was the young girl, whose parents were Josiah and Joanna Thorpe. After William stayed and work for them a couple of years, they were married in 1868. They went back to Kansas in a borrowed wagon and oxen. He used his patent from the government for 80 acres, to build a cabin and start a family, which included nine children, of which my mother was the youngest, Annabelle Higgins Brown. 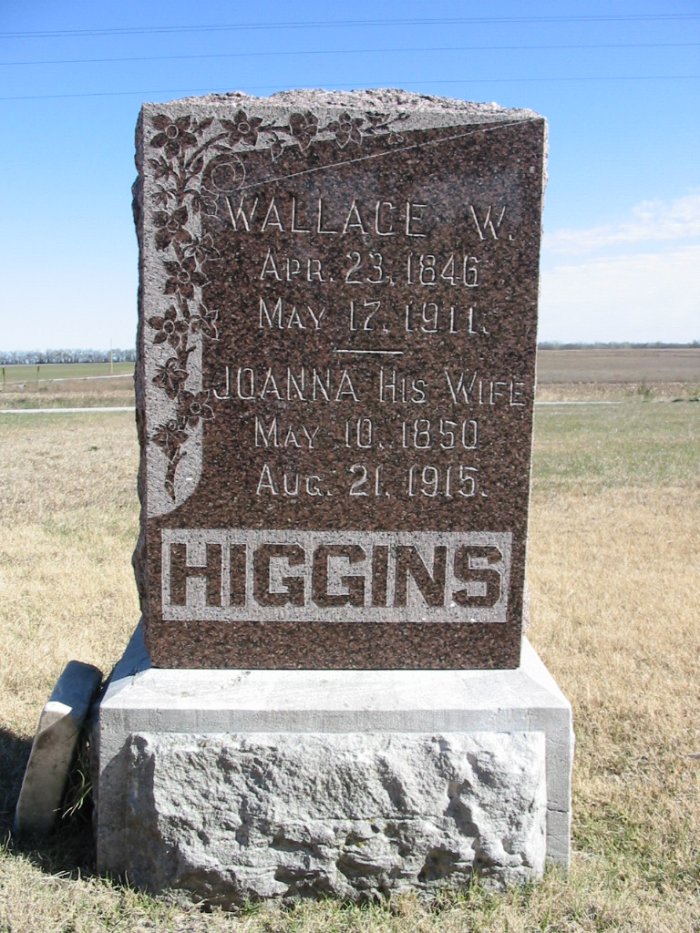