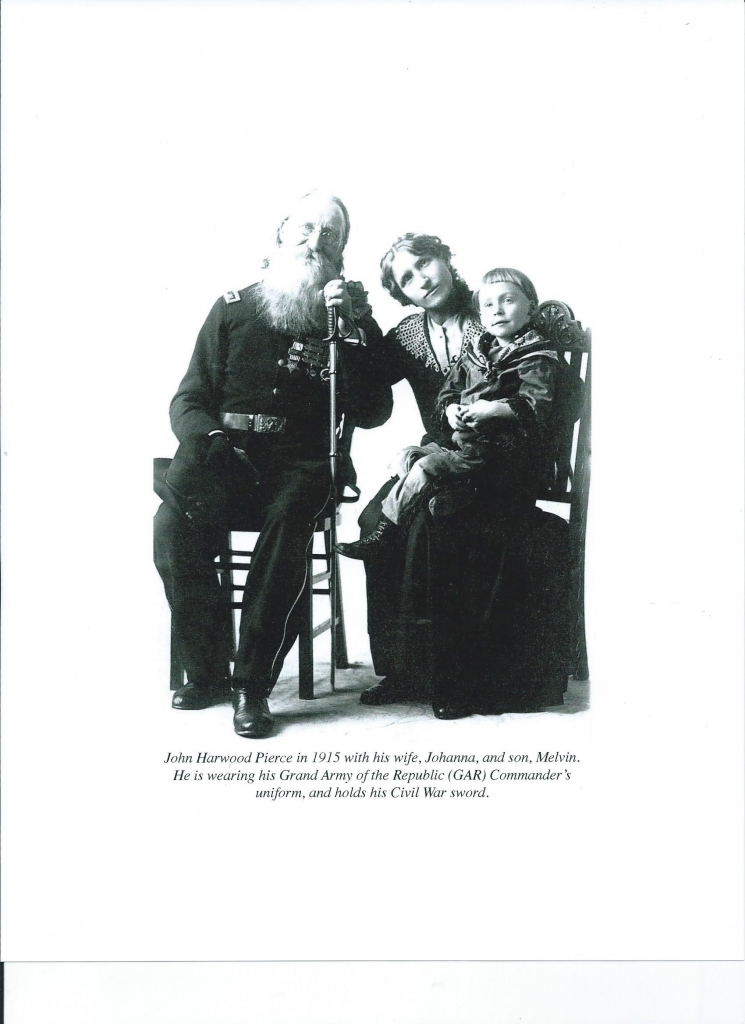 John Harwood Pierce (1848-1925) was a man who led many separate lives. He started life as the child of New England Christian missionary pioneers on the edge of Indian Territory in the Canadian frontier. He ran away from home when he was 11 years old and became a migratory farm laborer in Illinois. At age 14 he enlisted in the 11th Illinois Volunteer Cavalry to fight in the Civil War. He was discharged December 3, 1864, but reenlisted in the U.S. Veterans Volunteer Infantry and served until June 25, 1865.

After the war, John became a teacher of freed slaves in the southern states. Next, he moved to the western frontier of Nebraska and South Dakota where he became a ranch hand. Using those skills along with those he learned during the war he became an Indian scout fighting against the Sioux in the Black Hills of North Dakota. Next, he used his strong skills at writing and his experience with the Black Hills Indians to launch a successful career as a journalist for the Omaha Bee writing about historical and cultural events of the period.

His next venture was as the publisher and owner of a literary magazine. He sold that magazine a few years later and moved to the New England area where he tried his skill at inventing. Eventually he moved to New York City where he captured the interest and financial backing of celebrity international investors for a grand trans-Atlantic pneumatic tube people-moving contraption. Even his old friend, Wild Bill Hickok, telegrammed him from a show in Paris to congratulate him on his invention. But, he lost all his money on that invention and for the next decade made his living as a minister. At the end of his life he made money on the lecture circuit as a traveling showman recounting his life to fascinated audiences.

This bright, flamboyant man with a self-destructive restlessness loved beautiful women and they loved him. But he was unable to stay committed to any single woman. During his life, he married many women and he also lived with many women in situations where neighbors believed the two were married. His first wife died following childbirth; two women divorced him on grounds of adultery; the last one refused to grant him a divorce, so John became a bigamist when he found a pretty young woman who was willing to marry him and did not know he was still married. That woman was my grandmother, Johanna Dorathea Schoofs. She was a 27-year-old devout Catholic who had once studied to be a nun. John was 62 years old. There is no doubt that John H. Pierce was a man of flawed moral character. We are taught to love and respect our ancestors—hate the sin, but love the sinner. I think of these bits of wisdom when I think of my grandfather.